Home » So Just What is a Leap Year?

So Just What is a Leap Year? 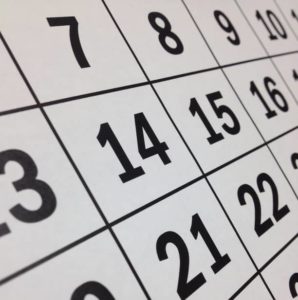 Though you may not want to admit it, you may have trouble remembering how many days are in every month of the year. Many of us, as children, were taught the rhyme: “30 days has September, April, June, and November. When short February’s done, all the rest have 31.”  However, ever notice that every four years or so we get an extra day tacked onto February? Suddenly, that nursery rhyme doesn’t apply anymore and we’ve got to remember that “leap coming one in four.  February then has one day more.”

Ever wonder why we get that extra day in February once every four years? Well, let’s get into the history of this a little bit!
In a calendar year, there are 365 days; however, scientists have explained that in actuality, a full tropical year takes 365 days, 5 hours, 48 minutes and 45 seconds. A tropical year refers to the amount of time it takes for the sun to return to the same position in the sky; usually, these years are measured by equinoxes. However it does not take the sun does an exact number of days to completely return to the same position in the sky, but rather 365 days and a number of hours.
As it is explained on timeanddate.com if adjustments to the calendar were not made to compensate for the remaining odd hours and minutes, eventually our entire calendar year would be thrown off. This shift occurs because over the course of four years those 5 hours, 48 minutes and 45 seconds add up to roughly 24 hours, adding an extra day to the fourth year.  In just 100 years the calendar would be off by 24 days!
The idea of Leap Years first came around over 2,000 years ago with Julian Caeser. Recognizing the flaws of the calendar year, Julian Caeser attempted to correct it by declaring that every year that could easily be divided by four would have an extra day added to ensure the seasons and calendar did not fall out of sync. Unfortunately, his system allowed for too many Leap Years; his mistake was not corrected until the creation of the Gregorian Calendar 1,500 years later.

When Do We Not Have A Leap Year?

Calculating which years are recognized at Leap Years can be a little tricky, even with the revised version of Julian’s calendar. The requirements for a year to be a Leap Year, according to Microsoft Support, are as follows:
To determine whether a year is a leap year, follow these steps:

The calculations can be rather confusing and take some getting used to if you are trying to figure out when the next Leap Year is. Usually, Leap Years occur four years apart. Keep that in mind if you find the calculations to be far more confusing than they ought to be!
All around the world there are interesting traditions that come with Leap Years. According to the Wikipedia article in Ireland and Britain there is a tradition that allows women to propose marriage to a man of their choosing on February 29th. If the man refuses the woman’s proposal on a leap year, he is to pay a fine ranging from leather gloves, to a rose, a kiss or paying £1. The 2010 the film Leap Year, starring Amy Adams and Matthew Goode, based its plot around this leap year tradition.


Finland has a similar tradition that says if a man refuses a marriage proposal on a Leap Day he is to repay the woman with fabric for a skirt.
In France, the satirical newspaper La Bougie du Sapeur has only been published on February 29th since 1980.
In the United States there is Sadie Hawkins Day which follows a similar idea to Ireland and Britain and allows courtship gender role reversals once a year. According to thespruce.com, however, Sadie Hawkins is usually celebrated around November due to the day first being mentioned in the Li’l Abner comic strip on November 15, 1937.
Unlike Britain, Finland and the US, Greece views marriages during leap years to be very unlucky. Many Greek couples will plan their weddings to avoid leap years.
Sheri Stritof with thespruce.com explains that the origin of women proposing to men on leap days came about due to a complaint St. Bridget made to St. Patrick in the 5th century. Legend has it that Bridget voiced her opinion that it was unfair that women were bound by strict traditions to wait for a man to propose to them. St. Patrick then supposedly decreed that young women would be allowed to propose to their desired man on February 29th every leap year. Though it is uncertain whether or not this is fact or merely legend, it is an interesting origin story to an equally fascinating tradition!
As Wikipedia discussed, men who turned down women’s proposals were expected to pay a fine. Stritof notes that the first recorded history of this law being upheld was in 1288 when Scotland passed a law that allowed women to propose to men that year. Stritof goes on to explain that this gender role reversal came about because people believed that if leap years were designed to fix a balancing problem in the calendar, perhaps they could also fix the imbalance in courtship power between men and women.
Birthdays in leap years are as interesting as leap year traditions. Individuals born on February 29th will often celebrate their birthdays on March 1st as it is the day after February 28th. However, the anniversary of their birth only comes around every four years. This usually means that their birth anniversaries are far fewer than their actual age. Recognition of leap year birthdays usually depends on the local laws and how they observe time intervals.
The next leap year will be 2020! To all the “Leaplings” out there who are celebrating another birth anniversary, happy birthday! To the ladies who have read this and found the proposal traditions interesting, start planning how you will pop the question to your beloved! For those of you who view February 29th as just another day, enjoy the extra 24 hours you will have! It’s not every day we get extra time! Use it well!
*In no way does Fremont University promise or guarantee employment or level of income/wages.
Admissions Financial Aid