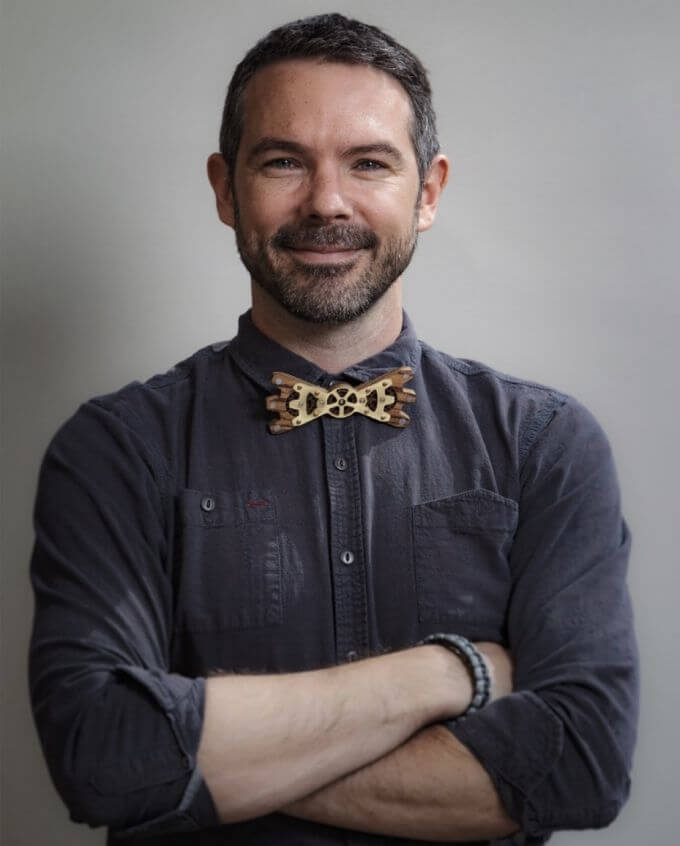 Brent is on fire about using play and spectacle to inspire inventors. He is passionate about rebranding STEM learning to STEAM with the inclusion of art and creativity.  He is motivated by the power of group games and interactive media to bring people together in fun and meaningful ways. As a UCLA-trained engineer, he is a hands-on maker who uses rapid prototyping to turn vision into reality.  He’s board president of Two Bit Circus Foundation, an LA-based 501c3 that deploys STEAM-based programs for middle and high school students.

Previously, he was the on-camera inventor for the ABC TV show Extreme Makeover: Home Edition. He was a founding member of Syyn Labs, a creative collective creating stunts for brands like Google and Disney and helped OK Go build the Rube Goldberg machine for their viral This Too Shall Pass music video that garnered 50+ million views on YouTube.

In his spare time, Brent enjoys mentoring teens in entrepreneurship via programs such as NFTE. He’s a supporter of Clowns Without Borders and publishes on Twitter at @brentbushnell.