Home » How Social Media is Changing the Marketing World

How Social Media is Changing the Marketing World 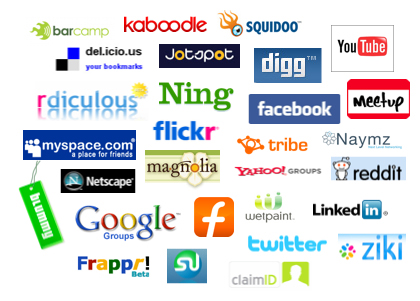 We’ve talked before about how social media is changing the way marketing works. Companies are being forced to interact with consumers on a new level and are consequently being held accountable for their actions and their products. We all know news spreads like wildfires online, and consumers’ experiences with various products are no different. Conversations on Twitter, Facebook, Tumblr and other sites are already taking place. Companies now know that in order to get the most of their marketing campaigns, they have to enter into these conversations, whether to take constructive criticism or bask in the glow of consumer praise.

Different marketers define social media engagement in different ways. Some might say it’s subtle, everyday conversations that build brand loyalty. Others say it’s providing information to a consumer in the way they’re looking for it. Still others say it’s the little surprises that draw consumers in. Say, for example, a woman tweeted that she was stood up on a date. A company looking to take advantage of this opportunity might respond, “At Flora’s Flowers we’d never stand you up!” If they wanted to take it even a step further they might send flowers to her work or e-mail her a gift certificate to brighten her day. It’s essentially making the step from attention to action. You can monitor the conversation as much as you want, but without action the consumers don’t even know you’re listening. So now that we know more about social media engagement, what exactly are some ways in which social media is changing marketing and PR campaigns?
1. Understanding the Audience
Social media has opened up an entirely new world of data for market researchers. Brands and companies have pages on Facebook and other sites where millions of people can “like” it, leave comments, and subsequently creating a treasure trove of information on what consumers like, want, and need. This new understanding means a flip in the traditional marketing model. Campaigns now lead with consumers’ needs rather than brands’.
2. Eliminating the Middleman
For years, companies have relied on “middlemen”, such as reporters, newspaper reviewers, and others to ultimately determine what was written about a product, service, or the brand itself. Brands could control advertising, but were powerless in finding out what the mass of consumers actually thought of it. With social media, brands can now not only control the message, but they can also monitor, and engage in, the conversation instantly in real-time.
3. Fostering Relationships
Social media offers brands an invaluable opportunity to connect with their existing consumers and reach out to their target market on a more personal level. By responding instantly to feedback and completely engaging in the conversation, brands build loyalty with consumers quicker and more effectively than by traditional marketing tactics. People want to know they’re heard, and social media gives them just that.
If you’re a social media maven and want to be on the front lines of this new marketing trend, check out Fremont University’s social media marketing program and get started. Who knows, you may have the next big campaign idea!